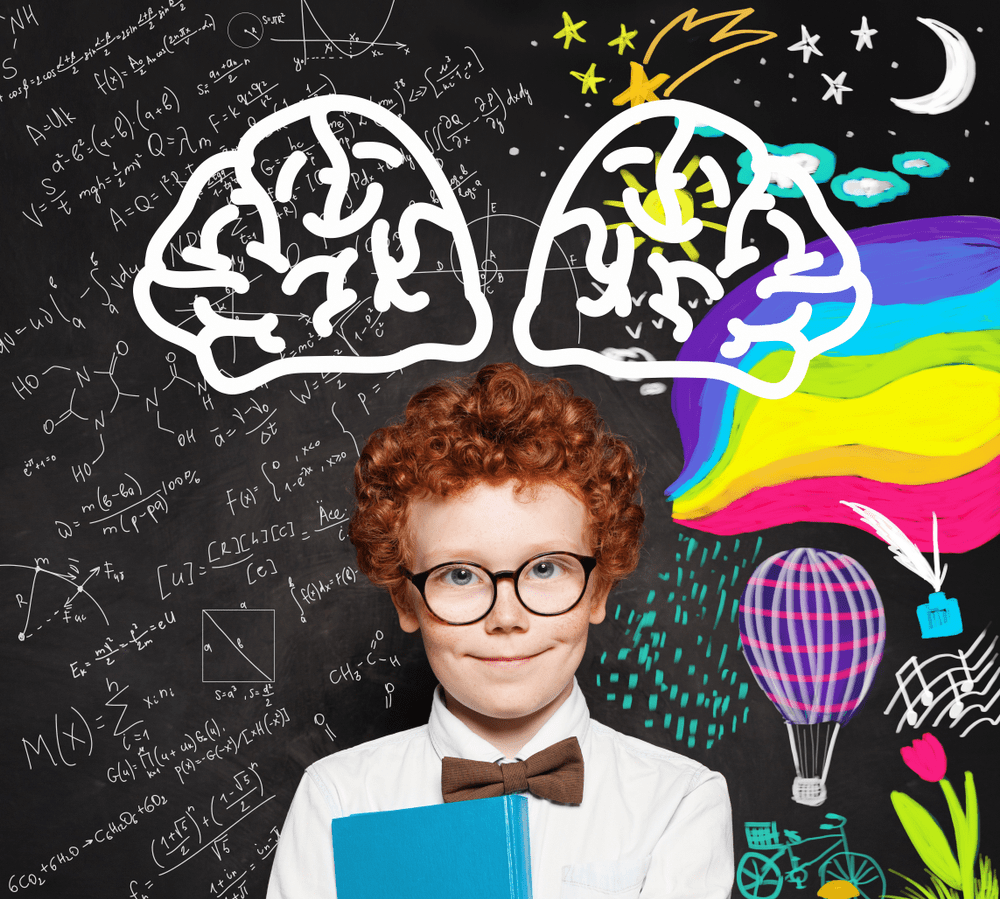 There are about 100 billion neurons in the adult human brain. Neurons communicate with each other by means of electrical signals flowing through them. However, a neuron cannot receive this electrical signal from the thalamus and transmit it to the region of interest. Neurons need to cooperate with each other while maintaining this electrical conduction. Neurons include gaps called apt synaptic spaces (and no, the brain of people you think to be “empty brains does not consist entirely of these spaces).

Neurons consist of a cell body and protrusions branching from the body. These extensions are called “axons’’. Information input is provided by dendrites at the end of the extension, passes through the cell nucleus, goes a long way in the axons and comes to the end terminals. This is the space we have just mentioned after the end terminals. So, how does the electrical pulse move through this gap? How is it transmitted to the next neuron?

The end terminals of neurons are like vesicles containing small molecules. The molecules in these vesicles are chemicals that determine our “mood hal. These molecular compounds, which are called ‘neurotransmitters’ in simple molecular structures and ‘neuropeptides’ in long molecular structures, are synthesized from amino acids in our bodies. Neurons also transmit the necessary message with chemical compounds that are transmitted from one neuron to the other recipient in synaptic spaces during the electrical signals they send to each other.

Glutamate is one of the leading neurochemical systems related to learning and memory. Glutamate is known as the stimulating neurotransmitter agent of the central nervous system. If it works very effectively, the person shows an aggressive, restless psychological state. Research has been conducted on the effect of glutamate deficiency on the reduction of cognitive functions.

Gamma-aminobutyric acid is the natural sedative of the brain. It works in the opposite direction with glutamate. In this way, instead of being aggressive, nervous, ready to have a panic attack at any moment, we live as balanced people who control their nerves and joy. The less active GABA causes severe panic and severe stress even in a small problem.

What does dopamine do? All emotions related to pleasure, reward, feeling of accomplishment and enjoyment of life pass through the mesocorticolimbic pathway, which is also difficult to read or say. Pleasure and joy are mediated by dopamine released in this region. Excessive activity of dopamine is manifested by symptoms such as hearing voices and delusion within the head. Negative symptoms associated with decreased cognitive functions also indicate decreased dopamine delivery.

Acetylcholine, which provides communication between the hippocampus and the ‘septum’ of the brain, regulates learning and memory processes. Lack of acetylcholine in this pathway leads to learning difficulties and memory blur. Acetylcholine deficiency causes dementia and Alzheimer’s disease in later stages.

Although it is named as ‘happiness hormone’, serotonin is not a hormone. It has also been scientifically proven that people who receive external serotonin supplements do not experience the feeling of extra happiness, aliveness or vitality. The main task of serotonin is to dream. Regulates sleep and alertness. It makes people feel sleepy during the evening. (All of this has a relative relationship with happiness, yes.) An important part of the serotonin in the brain is in the rafe core in the brain.

Serotonin, travels from the rafe core to the spinal canal by its own paths. Serotonin, which is released in the pathway up to the spinal cord, contributes particularly to pain control. Herbal medicines taken with the idea that serotonin increases happiness sometimes cause very serious results. Serotonin syndrome is a great risk for children and it is important to focus on expert recommendations and exercises for serotonin-enhancing activities.

This neurotransmitter, also known as noradrenaline, determines the state of alertness, excitement and emotion in the brain. It is responsible for the regulation of blood pressure and heart rate. Starts from the locus serulens, just above the brainstem, mediating nerve conduction through a large pathway system that reaches many places within the brain shell. Excessive norepinephrine activity leads to anxiety, irritability and spine. Excessive self-confidence, meaningless laughter crises, excessive speech and risky behavior manifests itself in mania. Slow or inadequate release of norepinephrine causes self-insecurity, depressive mood, self-blame and low energy.

HOW WILL WE USE THIS INFORMATION IN EDUCATION?

We love to use the brain knowledge while preparing a special, individual education program for our children. Preparing brain-based trainings is not very common in our country. In the examples of educational psychology brain-based learning programs in the world, we observed that neurotransmitters are the most important issue to be overlooked. What is a neurotransmitter? The best answer to the question is: Neurotransmitters are the hormones of the brain and they make the transmission between nerves easy and fast. This means that no matter how effective the program we are preparing, if the brain hormones are not at the required level, learning will not be fast. So we will give you little information about which hormones affect learning, symptoms when they are not at the appropriate level and what will be done to eliminate these problems.

Glutamate is higher than normal in individuals with attention deficit and hyperactivity disorder and may cause dyslexia. This leads to problems in the field of reading.

Gamma-aminobutyric acid, one of the by-products of glutamate, is also the building block of the GABA hormone.

GABA levels were found to be low in individuals with attention deficit and hyperactivity disorder. This makes it difficult for people with ADHD to remain calm.

Dopamine excess is seen in individuals with dyslexia. High dopamine causes plenty of daytime thinking, making it difficult to concentrate on the outside world.

We need plenty of sunshine and fresh air to reduce reluctance, lack of motivation and increase dopamine levels. This shows that we need to increase our parking hours with our child. We need plenty of high-quality protein, so we need to put eggs, meat and dairy products, pulses, bananas, nuts and avocado in our children’s diet. Since all of these are digested and synthesized in the intestines, we should include delicious foods such as pickle with probiotic content, pickle juice, vinegar, kefir and probiotic yogurt in the nutrition of our children.

In addition, saturated fats, carbohydrates and high-sugar foods should keep our children away. Dopamine is thought to increase more when consuming foods such as chocolate and saturated fat, carbohydrates and sugars. These substances mimic dopamine at first. It makes us feel happy and motivated. However, it reduces motivation and happiness from the first moment to a low level during the withdrawal. This leads to a desire to consume more. These foods make us feel unhappy by being upside down by dopamine levels. And of course the same goes for tea and coffee, but we didn’t even have to tell you that you didn’t make your children drink tea or coffee.

Let’s play games where we get excited with exaggerated reactions to remind our child how dotamine is as well as motivation to increase motivation. During the game, let us express our happiness and pleasure of the activity verbally. Thus, we pass on to our child how happy and motivated it is to do a job as a model. It is also important to teach motivation by setting short- and long-term goals with our children, and celebrating what we accomplish and visualize. Running, playing, exercising and meditating or worshiping with our child are also activities that raise dopamine.

Acetylcholine hormone that provides myelination is also higher than normal in individuals with ADHD and dyslexia like glutamate. Acetylcholine levels are also different in people with intellectual disabilities. Since learning in the brain is due to myelination, the abnormal in their level makes learning difficult.

min B-5 that help convert choline to acetylcholine should not be forgotten.

In the training program, activities that simultaneously increase the level of focus and alertness should be added. In order to reduce the aggressiveness in acetylcholine deficiency, drama and social story studies can be conducted on methods of coping with anger.

The reason for the claims that the intestine is the second brain: Serotonin. Since serotonin is produced in the intestine, an imbalance in the intestinal flora prevents us from relaxing and being happy by reducing serotonin production. Therefore, consuming probiotic foods keeps our intestinal flora in balance, making us happy and comfortable. A happy and peaceful individual’s focus and learning skills reach a better level. In addition, since the sleep hormone melatonin is also synthesized from serotonin, our sleep quality will increase and the persistence of learning will increase thanks to comfortable sleep.

Studies show that differences in serotonin levels seen in some individuals with autism lead to sleep and learning problems.

In order to achieve the optimal level of acetylcholine, we should add choline-rich foods such as egg yolk, offal, and soy to our nutrition routine. Meat, milk, mushrooms, peanuts and vegetables with vita

Being in the sun and nature, touching the soil is the fastest way to increase serotonin. Again, instead of shopping malls, we need to go to the parks and take off our shoes and run around in the grass. Spending time in prayer or meditation, sporting and socializing increases serotonin.

In our diet, animal proteins such as meat, fish, chicken and eggs are again very important. In addition to this, nuts and chickpeas, especially pumpkin seeds, increase serotonin. We do not forget to take vitamin B6.

Neurrepinephrine levels were found to be low in children with autism. This disrupts the levels of physical arousal.

Norepinephrine, also known as noradrenaline shortage, causes anxiety. High levels of anxiety prevent learning persistence. Since it is made from serotonin, everything we do to increase serotonin is also valid here. In addition, we need to consume foods containing vitamin C, D, B6 and folic acid for the synthesis of serotonin.

It’s not just happening in TV shows, it’s as real as life!

It's not just happening in TV shows, it's as real as life! Perhaps the most beautiful TV series, "Miracle Doctor".…

While trying to understand the state of the situation we are in, we hold on to every helping hand extending…

In recent days, some news published and made quite the noise in news agenda. In the news, Brazilian legendary football…